Home » LuLaRoe Denim – All You Need To Know

LuLaRoe Denim - All You Need To Know

For years retailers were hearing rumors of LuLaRoe Denim. The company would release teasers to crowds full of cheering people. Speculation was rampant…what would they feel like? What would they look like? How much would they cost? Visions of unicorns danced in people’s heads.

Style after style was released, but still no jeans. “What’s taking so long?” was the question on every LuLaRoe lover’s lips.

And then, it happened. The long awaited day. LuLaRoe’s corporate site was swamped with orders as retailers from all over the country tried to fill their carts with thousands of dollars worth of magical jeans.

Slowly but surely, over the next several weeks precious packages of cotton, polyester, and lycra began to trickle into the hands of denim hungry consumers. Oh the glory!

After the much heralded release, I knew I needed to get my hands on a pair and take them for an extended test drive. I needed to find out if they were worth all the hype. And of course, I wanted to share all the nitty gritty details with you, my readers.

So I ordered a few pairs and have been wearing them for the last several months. In this review I’ll share with you everything you need to know about LuLaRoe Denim…styles, washes, size charts, what makes them magical, and why they are my new favorite jeans.

If you are familiar with LuLaRoe at all, you know that all of their clothes are super comfy and at least somewhat stretchy. I was wondering if they were going to incorporate this delightfulness into their jeans as well…they did.

LuLaRoe’s denim fabric is where the magic starts. They used an innovative blend of cotton, lycra, polyester, and viscose. It makes the jeans durable and stretchy while still being super soft. I feel like they hit a home run with this blend.

All the jeans have slimming panels located behind the front pockets. They help to smooth you out in the front and make you look slimmer. Nice feature, right?

LuLaRoe has designed their own Magic Waistband. It hugs your hips, keeping everything where it belongs. I don’t even have to wear a belt with mine.

It features no-gap elastic which has an amazing capacity to stretch and still return to it’s original size, which means it doesn’t get stretched out like those old tube socks sitting in your drawer. 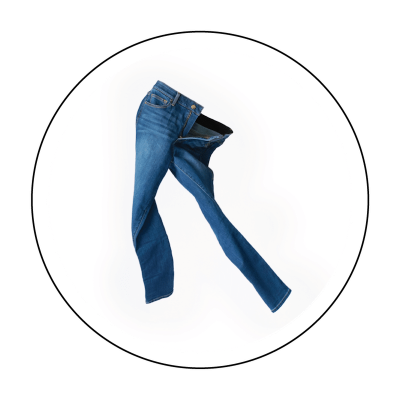 These jeans are true to size. That being said, they are also pretty stretchy, so they are a little more forgiving than most denim jeans.

We will talk a look at the size chart and talk about how to take proper measurements later in the review.

LuLaRoe crafted an innovative fabric that includes Lycra and no-gap elastic. This gives the jeans an amazing ability to stretch and then return to their original shape, time and time again.

I have worn mine dozens of times and even in tighter areas like the hips, thighs, and knees, they never get stretched out or saggy. 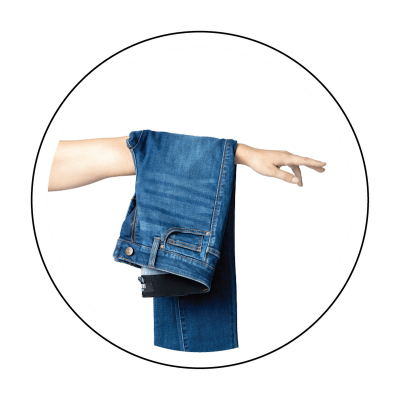 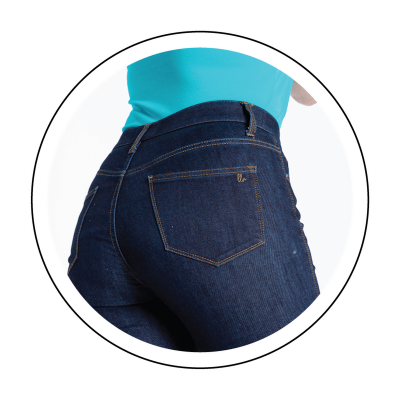 LuLaRoe has promised never to manufacture their jeans with a generic template. Each pair is hand crafted with a single needle sewing machine.

While this is a more time consuming and expensive way to manufacture their denim, they believe that the increased quality of the end result is worth it.

I thought this was a great feature because I love the way it looks!

They use a heavier mint colored thread on the busted outseam, as well as a tighter stitch pattern. When you roll your cuffs it really stands out and ads a nice accent to your outfit.

I know it’s just a small detail, but it’s cool. 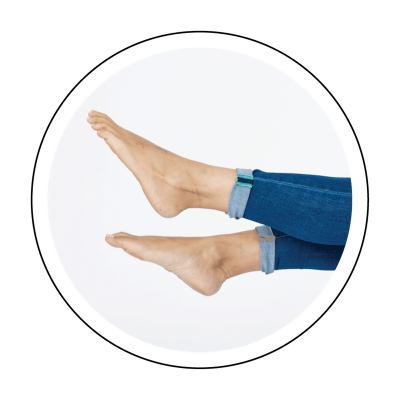 Now that we’ve seen what these jeans are made of, let’s take a look at sizing, styles, and washes. Or, you can click below to go buy some right now.

The jeans are available in sizes 24 – 44. If you aren’t familiar with LuLaRoe Denim the size chart below will show you how that compares with standard sizes.

Waist: You want to measure around the smallest area of your waist, which is the area right above your belly button and below your rib cage. Make sure not to pull too tight when taking this measurement.

Hips: Keep your feet together and measure around the widest part of your hips, going around your booty.

LuLaRoe Denim currently comes in three different styles, skinny cut, skinny boot cut, and skinny ankle cut. They all come in the same sizes, but the washes are different for each style.

I will show you each one individually as well as the washes available and the distinct features of each style. 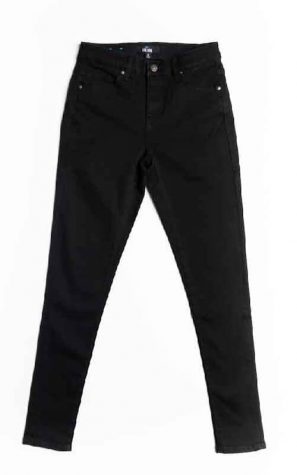 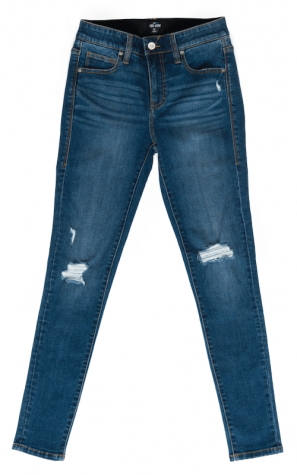 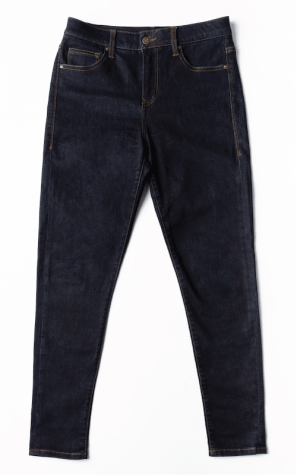 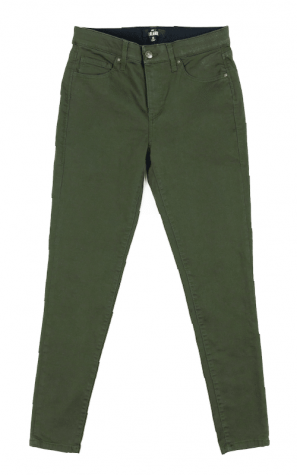 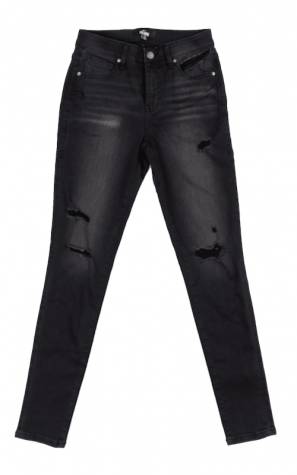 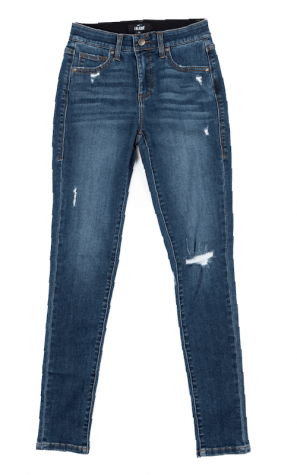 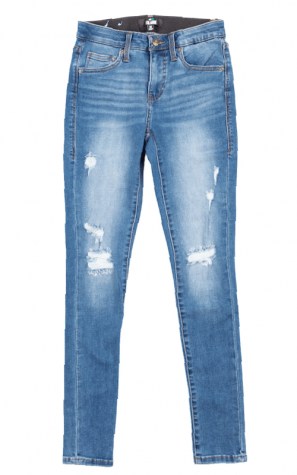 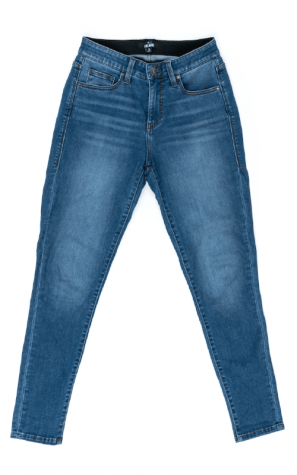 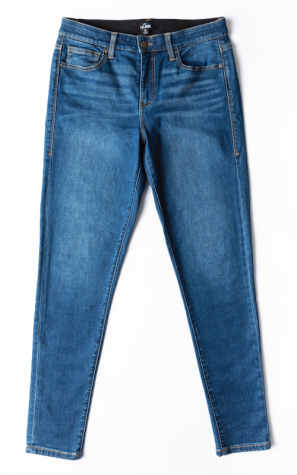 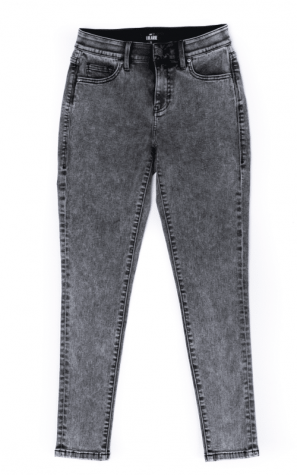 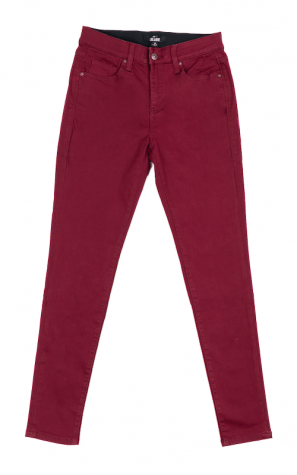 LuLaRoe’s Skinny Denim is fitted through the hip and thigh and then tapered through the legs and ankles. This style currently has the most color choices and has been very popular. 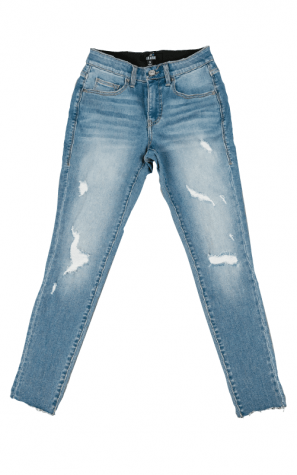 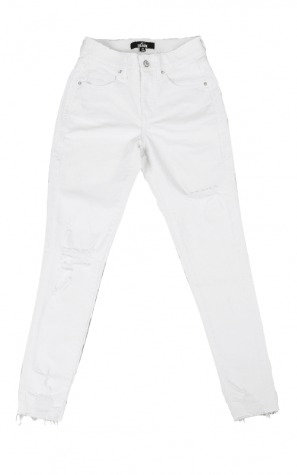 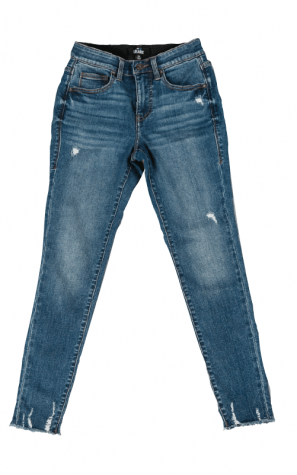 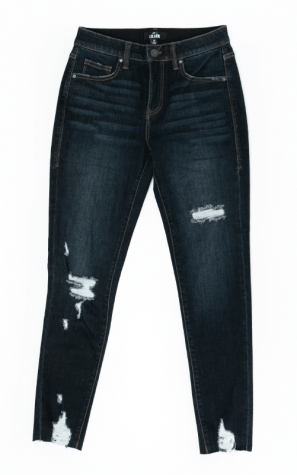 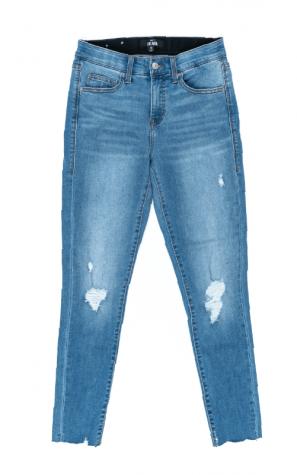 LuLaRoe’s Ankle Skinny Distressed Denim is fitted through the hip and thigh, then tapers through the legs. These jeans are cut just short of ankle length and have a cool chewed up hem.

These ones don’t have as many color choices as the first style, but they are definitely my favorite! I love the distressed look. And of course, they are ridiculously comfortable. 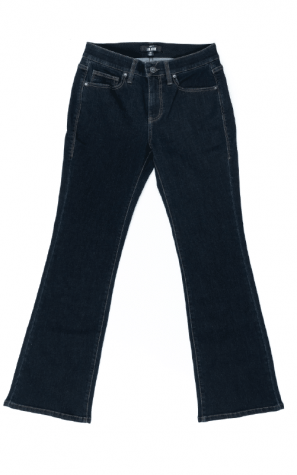 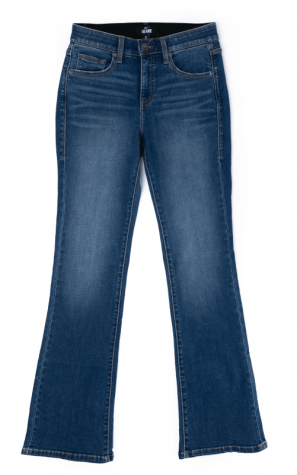 The bootcut jeans currently have only two washes, the Necessity (lighter) and the Essential (darker). They are fitted through the hip and thigh then break through the calves down to an 18″ leg opening.

There! I hope that gives you all the info you need about LuLaRoe Denim. If you still have questions, feel free to message me.

In the end, I feel like these jeans were worth the wait, and worth all the hype. They are really well made so they hold up to the wear and tear of everyday life, and they look good while doing it. Yeah, they are a bit on the pricey side, but they’re just so darn comfortable. For me, it’s totally worth it. In fact, they’re the only jeans I wear now.

Snap On Veneers: What You Need To Know